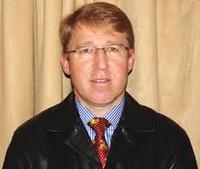 The concerning rise in endocrine disorders
particularly diabetes and obesity, new developments and advances in the
treatment and management of these conditions and the latest information on new
drugs were some of the highlights of the recent landmark joint 18th
International Congress of Endocrinology (ICE) hosted by the Society for
Endocrinology, Metabolism and Diabetes of South Africa (SEMDSA) in Cape Town.
It was the first time the ICE was held on the African continent.

With more than 2500 international and local delegates and
dozens of world- and locally renowned speakers presenting their insights and
research in 13 parallel sessions, the four-day congress offered a unique
opportunity to healthcare providers with an interest in the field of
endocrinology to update themselves on the latest information aimed at ensuring
that they offer the best care to their patients.

The parallel tracks covered among others diabetes and
obesity, neuroendocrinology, thyroid disorders, cardiovascular, male and female
reproduction and GH/IGF-I/Growth Factors. Although considered to be rare, there
was also a focus on pituitary conditions with the International Pituitary
Society also holding its congress at the international event.

The global escalation in the diabetes pandemic particularly
in Africa and the associated cardiovascular and renal complications were
specifically under the spotlight with a clear message that strategies to
prevent and treat diabetes need to be intensified and changed to stop the
escalation of the disease that is threatening to bankrupt health systems if not
addressed with urgency.

Speaking to MedBrief Africa on the sidelines of the
congress, endocrinologist and SEMSDA member, Dr Landi Lombard, stressed that
the days of focusing only on the lowering and control of blood glucose in
diabetic patients are over. Treatment should now also be geared at preventing
diabetes-associated complications.

“Treatment should also take into consideration renal and
cardiovascular protection. When choosing therapy, we need to look at drugs that
don’t just offer glucose lowering but also protect the patient against
life-threatening cardiovascular and renal complications that could lead to
further escalations in the cost of treatment,” he said.

New agents such as the growing class of sodium-glucose
co-transporter-2 inhibitors (SGLT-2i) have been shown not only to improve
glycaemic control, but also to reduce the complications associated with type 2
diabetes mellitus (T2DM). Large randomised controlled trials that included a
total of more than 34 000 patients have shown that this class of treatment
significantly reduces both incidence of cardiovascular events and progression
of renal disease.1-4 In particular, the three agents in this class (empagliflozin, canagliflozin and dapagliflozin)
were all associated with a significant 27-35% reduction in the rate of
hospitalisation for heart failure.1-3

A presentation by Prof Ayesha Motala, Head of the Department
of Diabetes and Endocrinology at the Nelson R. Mandela School of Medicine of
the University of KwaZulu-Natal and the Inkosi Albert Luthuli Central Hospital
in Durban on the growing burden of diabetes in Africa indicated that the
continent is set to face the world’s biggest increase in the prevalence of
diabetes in the next two and a half decades. She cited estimates from the
International Diabetes Federation’s 8th edition of World Diabetes Atlas for
2017-2045 that project a 156% increase in diabetes in African countries in the
next 26 years from 15.5 million to 40.7 million.

The biggest modifiable and non-modifiable risk factors
associated with this rise include the fast rate of urbanisation on the
continent and the associated Western lifestyle, a genetic predisposition for
Type 2 diabetes in some groups in Africa that is triggered by environmental
factors, and obesity.

Most concerning is that more than 60% of patients with
diabetes in Africa remain undiagnosed with most of them only presenting at
health facilities when they have already developed complicated diabetes.

Two studies conducted in South Africa, the CRIBSA study in
Cape Town and the Durban Diabetes Study based on is data obtained from high
blood glucose or fasting plasma glucose screening, showed a three-to seven-fold
increase in the prevalence of diabetes in a decade compared to earlier studies.

In addition, the burden of intermediate hyperglycaemia in
Africa and the rest of the world is also escalating with projections indicating
a 154% increase in the number of people with impaired glucose tolerance by
2045.

According to Dr Lombard, efforts to curb the epidemic in
South Africa are complicated by factors such as lack of access to healthcare
facilities, the lack of education and awareness of both healthcare providers
and patients, and the lack of a national official preventative strategy in the
country.

He also called on medical schemes to take therapy
recommendations by endocrinologists in a serious light instead of preventing
patients from accessing the most effective drugs because of cost consideration,
which at the end will only add to costs when patients develop complications
because they are poorly controlled.

“If you are an endocrinologist and you are prescribing to a
diabetic patient, I feel that the medical scheme should not have the right to
query that decision. We all have a conscience and we won’t deliberately
prescribe the most expensive treatment but will only choose what is best for
our individual patients,” Dr Lombard concluded.